Do you love fishing in freshwater? Are you familiar with Redbreast sunfish and Bluegill? People always confuse Redbreast sunfish with male Bluegills in breeding colors. They have similar physical characteristics at first glance. That is why in this article, I’ll help you distinguish Redbreast sunfish from Bluegill by dissecting their features. We will also talk about how to spot them in different locations by using other baits preferred for each species. So keep on reading and happy fishing!

It is tough to identify common Sunfishes smaller than an inch, especially if you are just examining with the naked eye. Unlike the juveniles that are about that same size, where identification becomes much more accessible, specimens from the larval stage to about 1 to 1.5 inches are often semitransparent. And, yet to develop any typical color patterns, it’s extremely hard to see the other features.

The Redbreast sunfish is a species endemic to the east coast of the United States. This fish’s range has expanded into Northern New York, eastern parts of Kentucky and Tennessee, and Alabama. You can also find this fish in Texas and other nearby states like Louisiana and even in some parts of northern Mexico.

Redbreast sunfish typically max out at 24cm. If you get one around 8 inches in total length, then you’ve gotten yourself a nice-sized specimen. The dark earflap or opercular flap at the posterior edge of the operculum is very long and narrow on adults. But usually no more comprehensive than the eye. The rear edge of the opercular flap will be black with a shiny blue-white edging dorsally and ventrally. The elongation of the earflap does not occur on young and extends with age. Both mature males and females will have elongated earflaps, but typically males will be showing very long earflaps.

Redbreast sunfish will change their shades and streaks with age as well as during their breeding seasons. The typical adult fish will be dark olive in color, dorsally fading to a greenish-blue along the sides and into a reddish-orange along with the breast and belly, hence the name Redbreast Sunfish.

The lateral sides of their upper dorsal will often have brown to brick-red to dark-orange spots. Aside from this, their lower body has lighter orange spots. Lightbars also exist along the body that may be flared up at times. A bluish iridescence may also appear if the light is at the right angle. It even appears ever so faintly in the median fins but usually nothing as pronounced as saying the iridescence in the median fins of the dollar sunfish.

The cheek and operculum will often have bright blue lines striking laterally. The blue streak is often present running along the upper lip. Usually, this streak runs across the entire lip, but sometimes, it’s incomplete. The redbreast sunfish will almost always show some orange in the median fins, where usually you’ll see that dark orange on the rays, especially in the second dorsal fin and caudal fin.

The mouth is relatively large, with its upper jaw extending up to the beneath of the eye’s pupil. Moreover, its maxilla’s most posterior side will be more rearward than the anterior edge of the pupil as the fish’s mouth is closed.

How To Look For Redbreast Sunfish

To find Redbreast sunfish, you’ll want to head out to your creeks and rivers. This fish strives in sandy and rocky-bottomed streams and rivers but can also be found in the vegetated margins of lakes. If not participating in a nesting activity, Redbreast sunfish are often found in calmer, deeper pools of creeks and stacked near structures. Such structures are fallen trees or large rocks. You’ll often see them shoaling with other Lepomis species, like Bluegill.

With rod and reel, you can catch Redbreast on a variety of setups. Small flies, various nymphs, and spider mimics work very well. You can use wet-flies on a spinning rod and reel and not a fly rod. You can also just include a small split shot or casting bubble to help get the distance to your casts. But it is advisable not to throw any weights or cast bubbles if using wet flies if you focus on the finesse as well as feel the hit. In short, whipping and false casting a wet fly with a spinning rod may look a bit foolish, but it still works like a charm.

Cut live bait like worms on a single size 8 or 6 hook is also a good choice. But you can go smaller if seeking smaller specimens. You can use a modified drop-shot rig with fake leeches in a size six circle hook for a nice-sized female. Even though there are no Lepomids, the spot would be practical if it was the deepest spot. Lastly, weighted jig-heads with soft plastics are also a great choice. This is because of the casting distance of the weighted jig-heads.

Differentiating Redbreast From Other Sunfish

Moreover, some fishers confuse Redbreast sunfish with the Longear sunfish. The opercular flap differences will quickly resolve the identification. Longear typically has much thicker opercular flaps as well as pale edging with light colors on the posterior edge of that ear flap. Remember that the Redbreast will not have any color on the rear edge of the earflap. Sometimes, you’ll get a rather drab specimen of a Redbreast. Quickly examine the earflap and notice no color on the back edge.

The Bluegill is prominent as a freshwater fish. They are native to central and eastern North America. Today, they are found throughout the United States and Northern Mexico. Bluegills commonly live in slow-moving streams, lakes, and ponds. This is a popular sport fish, and they have been stocked in many lakes and ponds for this purpose.

The fin on top of their body, called the dorsal fin, is continuous, with the first part being spiny and the back being soft. There is also a dark spot at the base of their dorsal fin. They usually have 5 to 9 vertical bars on each side. Also, Bluegills are omnivores, and they primarily feed on aquatic insects and other invertebrates, along with the occasional aquatic vegetation. Bluegills primarily feed by sight, and their small mouth limits what can be eaten. Also, they prefer water with abundant vegetation because this allows them to hide from predators. Largemouth bass commonly preys on them, along with other large fishes.

Bluegills often swim in loose groups of 20 to 30 individuals. Their spawning season usually takes place in late spring and early summer. Most Bluegills start to spawn at two years old. Then, their nest is built by male Bluegills in water that is 1 to 6 feet deep with the preferred substrate, which is gravel. Each male constructs a nest by fanning away the sediment with their tail to form a shallow depression in the bottom. Usually, many nests are adjacent to each other in a small area. After the male creates a nest, a female will come to the nest and lay eggs which then the male fertilizes the eggs. Remember that the older the female Bluegill, the more eggs she can produce. An older female Bluegill can have up to 80,000 eggs per year.

Young Bluegills feed on plankton, and adults are typically about 6 inches long but can also reach up to 12 inches, and they usually live for 4 to 6 years. Once the Bluegill nest has been established, males will aggressively defend their nests against any intruders that come close. They continue to protect their nests until the eggs hatch and the newly hatched fish, called fry, leave. The hatching process will take three to four days, and the fry will remain near the nest for several days before dispersing.

Relationship Of Bluegill And Weed Vegetation

Aquatic plants are more than just a nuisance to boaters and swimmers, though they provide essential habitats for a variety of insects, snails, other invertebrates, and fish. Plant growth provides cover for many species, concealing predators lying in ambush as well as their prey.

Young Bluegill doesn’t stray far from the cover provided by dense vegetation. It would be great if you looked closely to see the small fish as they blend in almost perfectly against the green stems and leaves. Some young Bluegills are patrolling the tops of water celery leaves along with other fish like rock bass and yellow perch. The fuzzy growth on the leaves is an epiphyte or algae that grows attached to plants. Bluegills sometimes feed on it directly but more commonly feed on the invertebrates that graze upon the epiphytes.

Larger Bluegill and other sunfishes can often find more food in plankton-rich waters away from vegetation. But there are risky spots because predators like largemouth bass hunt most effectively along the weed edges.

In open water, Bluegills are skittish, fleeing at the first sign of danger. But Bluegills are curious by nature and seem compelled to investigate almost any novel object that appears in the environment. The deep body and sharp spines of the largest Bluegill protect them from the mouths of even the largest bass. The mid-size bass can sometimes be found mixed in the schools of jumbo Bluegill. While Bluegill may begin their lives dependent upon vegetation shelter to hide them from predatory bass, a balance between shallow weed growth and open water encourages a healthy balance between predator and prey.

Parental male Bluegills will get a vibrant red or orange breast in the breeding season and can sometimes have a relatively large, almost rectangular-like ear flap. The quick way to distinguish these species is to look for bright blue streaking on the head. Redbreast will have at least a few streaks, while Bluegill just has those pale lines along the chin, cheek, and operculum. Bluegill also lacks that pronounced pale-bluish color running dorsally and ventrally along the earflap.

Also, Bluegill has long and pointy pectoral fins that will often extend past the eye if bent forward. The redbreast pectoral fin is more roundly and will not pass the eye if bent forward. A Redbreast that is 1.5 inches will start to develop its color on the head and orange spots on the body. The young Bluegill looks a lot like a young Redbreast, but Redbreast doesn’t have that dark dorsal blotch.

Also, the pale lines on the Redbreast heading towards the opercular flap have moderately developed. On smaller specimens, there will be two dark lines instead.

Fishing from the shoreline is usually fine and well, but remember that there are always good pools and areas where fishes are situated that might not be visible from the shore. Trees, rock formations, and other vegetation along the shoreline can be pretty tedious to cast around. So, whether in waders or soaking in the sun, enjoy getting in the water and situating in places that allow your casts to get to where the fishes are sitting. Lastly, always wear foot protection when getting in because you might get stitches in the foot because of broken glass in water. 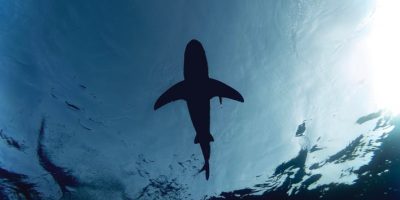