Twists in a line create terrible tangles around the eyes of the fishing rod, making it difficult, particularly because it can create the fish not to bite hard. As a consequence, putting a line on your spinning reel is the experience you will need to make your day-to-day fishing activity a success. Do you know how to put line on a spinning reel without twist?

When you think about this matter, the idea is not only to get a line on the reel, but to do it completely without any twist. This is important if you’re looking forward to a good day of fishing. If you’re having trouble in this field, here’s how to put a line on a spinning reel without a twist.

How To Put Line On A Spinning Reel Without Twist: Tangling While You’re Filling A Fishing Line

The chances of tangling depend on the type of fishing line and reel but are also influenced by the proper placement of the line on the reel. As far as fishing lines are concerned, monofilament and fluorocarbon lines are more susceptible to twisting and knotting because they have a memory feature.

This ensures that the fishing line is molded to the reel when it is loaded. Therefore, after time, it can curl up and make it less manageable. However, braided lines have more resistance to abrasion without a memory thread, making them suitable for fishing.

Also, coiling is more likely to occur in monofilament lines than in braided lines. However, the chances of coiling are related to the consistency of the fishing lines. You should also invest in high-quality lines to reduce the chance of curls and knots.

In addition, spinning and spin casting reels are more susceptible to tangled lines than baitcasting ones because they have a fixed spool. This causes the line to be bent as it wraps around the spool. For this purpose, you need to properly load the fishing line on spinning reels to reduce the chances of knotting and twisting.

While their structure makes them more vulnerable, what you want is to reduce the number of times you’re going to untwist them while you’re fishing.

How To Put Line On A Spinning Reel Without Twist: Steps To Load The Fishing Line Properly.

Do you want to know how to put line on a spinning reel without twist? Here’s what you should do!

1. attach the spinning reel to the fishing rod.

When you tie the spinning reel to the rod, you’ll be able to fill the line with less risk of twisting. Remember that the lines of monofilament are more susceptible to twisting and tangling.

Grab the edge of the line off the spool from which it emerged and position it in the first guide to the reel. Typically, the first guide is larger and nearer to the spinning reel seat.

Many novice fishermen seem to miss this action and then get confused when the line doesn’t pick up the bail. You should then always open the bail before connecting the line to the spool.

4. attach the fishing line to the sponge.

To establish a safe grip, you must tie the line to the reel spool. The easiest way to do this is to tie the fishing line around the spool twice and then lock it down with a tight knot. Most of the anglers recommend the Arbor Knot because it suits well against the reel. You should also cut the remaining edges near the knot to prevent unintended tangles.

Other experts advise you to fasten a new line to the old one instead of removing it and loading a new line. It’s going to save you an extra finishing line and time.

5. on the spinning reel, curl the thread.

When attached, remember to close the bail and flip the handle carefully. When you start winding it, the bail will load the fishing line in balanced wraps around the spool. Don’t wind it all the way because you need to make sure that the line spool is in the right orientation.

6. insert the line spool in the right direction.

In the spinning reel, the line must appear towards you with the face of the spool. Also, note that the line isn’t supposed to run straight off the spool, or it’s going to twist. It’s hard to tell whether it’s better to do it clockwise or clockwise. It is also advised to use the location of your body.

Stand erect and keep the bar equidistant to the floor when positioning the spool in front of you. This way, you can wind the spinning reel while adding a little pressure to the string.

If you do this right, the line’s remainder will extend to the floor without making tensed loops or coils. However, if the coils are bent, you need to redo the operation again.

7. load the entire line on the reel spool.

How To Put The Line On A Spinning Reel Without Twist

Getting interested in outdoor sports has more advantages than you may know. You will find major changes in both your physical and mental health. Your intellectual is also likely to grow when you understand more about your experiences with others and a new world.

Fishing is one of the things you can do. Not fishing in a big ship and nets, but the recreational sport in which you’re using a fishing reel. However, you are likely to face a variety of difficulties in putting up a fishing reel.

a. put the spool line correctly.

Start by placing down the spool with the label facing upwards. Place your spinning reel over the new line and let it rotate for a while. When you turn the handle, the spool should rotate clockwise.

b. deal with twists earlier more than later.

Often the bait begins to spin as soon as you dangle it from the tip of the fishing rod. Do not stop spinning; rather, let it proceed until it stops and eliminates the basic twist that has occurred. If the twisting is more difficult, roll out a long line behind the boat with nothing attached to it and drag it for a short time. The line will untwist itself as you raise the speed of the ships.

Alternatively, you can release the unattached line to the downstream water and keep it in the water for a few minutes. The line is only going to untwist itself.

c. let’s face the flat side of the reel.

You will need a friend to make sure you did this correctly. The person should keep one end of the spool or position it on the ground while you’re doing the opposite. You’ll find the line coming off the spool in the same direction once you start reeling.

To stop possible twists on your line, press down the reel with your fingers to exert more pressure. This tension ensures that the lines stay tight enough.

You should focus on using new spinning reels with large rotating line rollers. You’ll note that line twists in older reels are triggered by the simplest of acts. Newer reels tend to have features that reduce the chances of line twists. This includes a much wider surface, rollers with grooves, and roller slopes that are much sharper.

The greater surface area prevents the line from turning around unduly.

e. be alert about the misplaced loops.

Such loops appear to get on the spinning reel spool and get entangled in the line. If you used a bad angling strategy, the chances of getting loops are far higher. Also, if the reel bail continues to travel backward, an errand loop may be formed.

To repair the loop, make sure you’ve just released enough of the line to get to the loop and then re-spool the line with enough tightness. The line is supposed to have maximum stress.

f. using a rod with a fast tip.

It may be natural for you to let the bait hang a few inches below the tip of the line. This raises the risk that the rod will break and lose your bait in the water. To avoid this, the bait should be as close to the top guide as possible.

g. mind the direction of the casts.

You may notice that the bait keeps getting tangled with the line. In order to avoid this from occurring, the casts should have the lowest possible trajectory. Preferably, stick with casts on the sidearm.

h. tying the right node to your spinning reel.

How To Put Line On A Spinning Reel Without Twist: Final Tips

Here’s what you should remember.

Take Easy Measures, And You’re Going To Be Free Of Hassle

Far too many anglers spool their spinning reels by simply putting a pen/pencil on their line spool and simply rolling it up. This is the worst thing you can do because you’re doing nothing but making the “twists” thread, which you know will come back to haunt you. Instead, take those basic steps.

Determine The Way Your Spinning Reel Is Turning/Reels

The Broadside (Flat Side) Of The Reel Should Be Facing You

Avoid using your pen/pencil to spool up! The best way to do this is to make a buddy keep the spool a short distance away from you or simply put the spool on the ground in front of you when you’re spooling up. You can see the line coming out of the spool in the same direction as you reel. Essentially, you ensure that the lines are running on your reel, the same way that the manufacturer places the line on the spool-preventing any line twists. As you spool up your reel, be sure to hold the tension on the line with your thumb and fingertips to make sure that the line is nice and strong.

As you brace for retrieval, the line’s index finger on the rod should keep the line between the rod and the finger. Your other free hand can be used to manually close the bail and turn the handle to get the fishing line on the bail roller. Only then will you be able to start retrieving your line.

It is a sure way to spool the line on a spinning reel without having any twists. Using the handle to engage the bail will dramatically improve the twists. There you’ve got it. This is a tested technique to place your fishing line on a spinning reel without any twists. This may sound like a lot of knowledge, but getting the basics down is a big part of having a wonderful fishing experience.

When you get the hang of it, it’ll all come naturally. If you have any other issues, please take a look at any of our other posts or comments below. 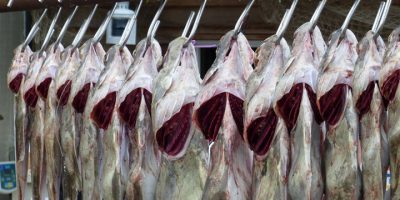 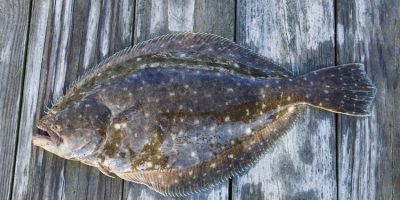