Have you been practicing how to fish lately? If so, you may have heard of a lot of different names anglers refer to with their catches. It is fascinating to see how they are able to identify the fish’s name with a quick good look. However, there are times when misconceptions get the best of people. In this article, we will be talking about the bream fish, the bluegill, and the misconception among them.

It is somewhat a case of similar terminology that confuses a lot of people. However, we will give you the difference between the two and clear this common misconception. But first, let us go over the similarities of these two fishes.

The bream fish and the bluegill have somewhat similar appearances with few distinct characteristics. These characteristics will be talked about in later sections once we differentiate them. These two are even compared to other species, such as crappies, which also have similar appearances to them. Regardless, these two can be easily differentiated upon closer inspection.

🐟 Both are very widespread and common.

These two fishes are actually found in a lot of places and are pretty common. They are commonly found in streams, ponds, and lakes, which are all typical angling spots. These fishes are so common, in fact, that even beginners can easily catch them on their first attempts. Some anglers classify these fishes as a “beginner’s catch” because of their relatively small size and simple diet.

Their diet usually consists of insects and the usual baits, such as worms. However, there is a big defining feature that sets them apart from each other. This will be talked about in the later sections of this article.

One significant factor that confuses a lot of people is the terminology being used with these fishes. Both of these fishes are often referred to as just “bream,” even though they are actually two different fishes. Bluegills are also referred to as “bream” by a lot of anglers. The opposite is false for the bream fish, though, as they are never referred to as bluegills.

However, this terminology, however confusing it is, is actually correct. This will be explored in later sections, but calling a bluegill a “bream” is valid in a lot of ways. This will later be explained in clarity once we go over their differences.

🐟 Both are known for being tasty meals.

As we previously mentioned, these two fishes can be referred to as breams. Some people who turn these fishes into meals usually refer to them with the same name. Both of these fishes can actually be eaten regardless. They are actually both common fish meals in their respective territories.

You heard that right, in their respective “territories.” These fishes are not actually hard to differentiate because of this one defining factor. So now, we will go over what ultimately sets them apart from each other.

This factor is what actually sets them apart from each other. The common bream fish can usually be found around the waters of Europe. Meanwhile, the bluegill is actually located in North America, Texas, and some parts of Canada. But wait, you may ask, why are these two completely fishes being called the same name?

This is where the misconception comes in, which we will discuss in detail later. However, if you want more proof that these two are actually different, we will go over their taxonomy. This helps us identify which classifications they belong to and how they differ from one another.

You’d be surprised to hear that not only are these fishes from different species; they are also unrelated. Bream fish are actually from the Cyprinidae family, which are basically the family where carps belong to. This is an entirely different classification from the bluegill, which belongs to the Centrarchidae family. This family is where most ray-finned fishes belong, thus explaining the bluegill’s classification.

These two also have entirely different scientific names if being in a different family isn’t enough. The bream fish’s scientific name is known as Abramis brama, while the bluegills are Lepomis macrochirus. This basically confirms that these two are completely unrelated besides that they look similar and share the term “bream.”

In fact, the previously mentioned crappies are the ones who are actually related to the bluegill. Both belong to the same family, thus making them appear to be similar. In a nutshell, science basically states that these two should not be confused with one another.

The bream fish will usually appear to be silvery all throughout its body, with a few parts appearing bluish. As its name states, the bluegill has blue streaks around its gills that are basically its signature marking. The main difference is where this bluish pattern is located, which differs for each species. The bream fish’s pattern can be seen around its back while the bluegills are already a given.

The bluegill may also appear to be greenish to dark brown in color and has much more variety. The bream fish, on the other hand, will either be purely silver with bluish or dark brown patterns around its back. These simple colorations can usually be enough to help you differentiate the two. Of course, besides the fact that they can be seen in two completely different areas.

WAYS ON IDENTIFYING EACH SPECIES

🐟 Look at their sizes.

🐟 Look at their colors.

The defining trait of bluegill is, well, its bluegills. Meanwhile, the bream fish will be silver in color with blue or dark brown markings around its back. The bluegill also tends to have orange or yellow markings around its belly. These colors, along with their sizes, will usually make you quickly determine which is which.

🐟 Which waters are you fishing from?

This is the significant defining factor to determine what fish you have caught. If you are fishing around the bodies of water in Europe, chances are you caught the actual bream fish. Meanwhile, if you are fishing from bodies of water around North America and Texas, you most likely caught bluegill. Always keep in mind that these fishes are not usually seen together despite sharing the same name. In some cases, however, bluegills in Europe depend on the level of salinity in the water.

THE MISCONCEPTION ABOUT THESE FISHES

Now we will talk about why people confuse these two different fishes. The common bream fish is a type of carp found around European waters. The term “bream” can be used to refer to various sunfishes, which the bluegill belongs to. Though the origin of this widely used term is unknown in the United States, it is speculated that it is because of their similar appearances. Basically, the term “bream” is misused for labeling two completely unrelated fishes from different areas.

There is no wrong or right term as it is just what people widely use to refer to these fishes. It is much better than referring to their scientific name to be more accurate. But trust us, no one wants to say a mouthful of scientific names to refer to these common fishes. In a nutshell, simply using “common bream” for the European-based bream fish is probably enough to prevent this confusion.

SOME FACTS ABOUT THESE TWO FISHES

🐟 These fishes cannot be kept as pets.

These fishes, being wild animals and not known to be domesticated, cannot be kept as pets. In fact, every fish that can be classified as “bream” are not known to be kept as a pet. So no, you can’t actually keep them in place of the typical guppy or goldfish.

However, these fishes are typically not known to be poisonous or unsafe to eat. Though they can be mistaken for other fish, a lot of anglers would know that they are generally safe for consumption.

🐟 They are widespread thanks to their mass reproduction.

The two fishes’ breeding seasons happen annually, and they can produce a lot of eggs. These breeding seasons can amass thousands to millions of eggs every year. This means you definitely won’t be seeing our scaly friends on any lists of endangered species. These fishes definitely live up to their name of being the “common bream” not only in the European variant but also in the US.

Also, if you are wondering, their breeding season can range between August and January. That means this mass reproduction can happen at any time of the late-year to the new year.

🐟 Both of them are schooling fish.

The majority of those under the classification of bream live with large schools. This means if you attempt to fish in one area where their school resides, you’re likely to catch a lot of them. Schooling is usually a tactic to prevent predators from quickly attacking, but this cannot prevent you from angling. Their schools can range from a few hundred fish to a thousand. Considering their ability to lay up to a thousand eggs per time, this is a simple number to achieve for them.

🐟 Where did the term “bream” come from?

The term originated from “breme,” which is a word from Old French. It was eventually turned into “bream” in Middle English and has since been used to describe a particular group of fishes. However, the term began to be mainly used exclusively for the bluegill species and sometimes to refer to species of sunfish.

Still, it is unknown how people began to use the term to refer to the two fishes in our main topic. It may be because of their similar appearances. It may also be that the people who called the common bream “bream” also based it on the Old French term. The term “breme” means alert, so it may relate to how the fishes try to stay away from anglers in fear of being hunted.

This case of naming confusion can be solved with a little bit of tracking. Just remember that there exists the term “bream” and the actual fish “bream” or, more accurately, “common bream.” Be careful when using these terms, as it can cause confusion, especially for newbie anglers. As always, be guided by the fish’s characteristics to differentiate it. Because it can be dangerous to mistake a fish for another one that can be toxic or unsafe to consume. 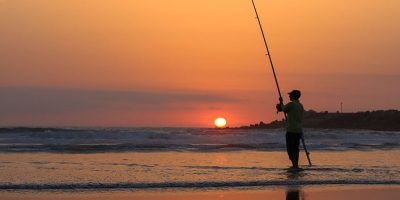 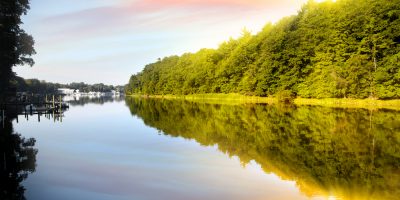