Tuna is one of the most popular gamefishes in the world. And for commercial fishermen, it’s a prolific source of livelihood. Over the years, anglers have seen the biggest tuna, from the 350-lbs. Yellowfin to the 1,000-lbs. Bluefin tuna. And if you also want to try your luck in hooking these big boys, you should know where to catch Bluefin tuna first.

Unlike the typical carp, snappers, or pike, Bluefin tuna is quite a rarity. It’s so rare to catch that in Tokyo fish markets, Bluefin tuna will sell for $2,000 to $20,000 apiece. For those who can’t splurge, the equally delicious Yellowfin is available for a lower price.

What’s so special about tuna?

I get to eat tuna from a can, so what’s so special about it? In general, tunas have the ability to self-regulate their body temperatures. This allows them to swim in various habitats and travel thousands of miles of rough seas. Also, tunas are active predators and can swim at speeds you can’t even imagine. They can also live for as long as 40 years.

As for avid anglers, it’s more of the chase than the catch. They love the thrill of hooking and wrestling with a giant tuna. And once the photos are taken, they will release them back to the sea. This adrenaline-pumping experience is what sends anglers all over the world to hook the elusive giant.

Take note that there are many kinds of tuna. There’s the very common albacore, bigeye, and skipjack. But if there’s one species anglers really seek, it would be the Atlantic Bluefin.

What’s so special about the Atlantic Bluefin is its warm-blooded body. This is rare and quite mind-boggling for a fish. This is why they can survive in the freezing waters of Iceland and Nova Scotia.

The Atlantic Bluefin tuna is a prized catch for anglers. But before you get this fish on the boat, you’ll have to wrestle with their 43-mile per hour swimming speed.

Are you pumped already? If so, check these Bluefin and Yellowfin tuna hotspots you can visit soon.

Where to catch Bluefin Tuna and Yellowfin Tuna?

While fishermen see Bluefin and Yellowfin tuna as gold, anglers consider it one of the ocean’s biggest trophies. This is why these Bluefin tuna hotspots are popular around the world:

If you’re in the U.S. and wondering where to catch Bluefin tuna, you should head to Venice in Louisiana. It’s home to the largest tunas, be it Bluefin, Yellowfin, and blackfin. Commercial tuna fishing is a big industry here, and they also welcome hordes of anglers all year round.

It’s hard to find an alternative tuna hotspot than Venice. While there are other spots in the U.S. where you can hook tunas, nothing beats how massive the fish population is on the Louisiana shores.

If you’re going solo, you can book a local charter here to catch tuna. Going on a large group is a better choice since it increases your chance of getting a bite due to the water disturbance.

In fact, Venice is dubbed as Tuna Town in Louisiana because of the size and tuna population in the area. Even if you didn’t hook a Bluefin, you wouldn’t go home without a catch. It’s very easy to catch a 40-pound Yellowfin here, which isn’t that bad if you’re a beginner angler.

A tuna fishing spot near Hollywood? Why not! San Diego takes pride in its Yellowfin tuna population. Make sure that you hop on one of those long-range fishing boats as tunas are found dozens of miles off the coast.

Take note that locals here go on long trips to catch the biggest tunas. It can be anywhere from five to 22 days, depending on the amount of fish you want to get. If you’re just up for game fishing, 2 to 3 days would be fun enough.

The good thing is that there are numerous fishing charters in the area where you can join for a tuna trip. Some of them offer a one and a half-day trip if you don’t have much time to spare.

Nothing beats hunting for tuna in the Mid-Atlantic right on the waters of Cape Hatteras. Each winter, Bluefin tuna visits the coasts, which gives anglers and commercial fisherfolks the chance to harvest the largest catch of the season.

Bluefin tuna migrates and passes through the cape from February up to April. Some anglers even get to reel in a 700-pounder during a winter tuna trip here.

Most charters here head to the Outer Banks with large boats. Sportfishing is a big thing on this side of North Carolina. And if you wish to join, you can book a charter that leaves from Hatteras village toward the Gulf Stream.

Take note that fishing charters here don’t come cheap due to the high demand. For example, a full day during the peak season will cost you $2,000 or more.

For those planning an international fishing vacation, Westport, New Zealand, is the place to be. Bluefin tuna is the big game here, where anglers can have the chance to hook as big as 650 lbs.

Due to the popularity of tuna fishing here, you can find many fishing charters to book your trip. Fancy charters even offer catered trips with a chef onboard.

Bluefin tunas migrate through the waters of East Cape and Bay of Plenty. You can also find sizeable tunas on Whitianga and Waihua Bay. But as a local said, it’s just the tip of the iceberg.

Aside from Bluefin tuna, Westport is also home to mako sharks, striped marlin, and yellowfin tuna. You’ll never go back to shore empty-handed.

Puerto Vallarta made its mark in the sportfishing world with its 300-lbs. Yellowfins. During peak season, the tunas feed on the surface, with some even leaping mid-air. On average, commercial anglers here record 80 to 350 lbs. of tuna size.

For the best chance of hooking a large fish, you should visit here from July to December. Also, locals suggest using Goggle eyes and skipjack as baits to entice Yellowfins to bite.

Usually, a tuna fishing trip here would take up to 14 hours. Some charters offer an overnight trip as they go farther from the shore for bigger catches.

On average, Yellowfins in Puerto Vallarta will be found 36 to 125 miles off the shore. They also alternate between the Bank and La Corbetena, depending on where the bites are hot.

If you want the best tuna fishing experience, always book a local charter. Some charters in Puerto Vallarta even offer taxidermy services if you’re going to preserve your first tuna catch.

6. The Canadian Maritimes of Prince Edward

The Prince Edward Island (PEI) is within the Canadian territory. It’s one of the three Maritime provinces of the country and happens to be a tuna hotspot. Bluefin tuna is the name of the game here, and many anglers flock to the waters during the peak season.

The best time to fish tuna in PEI is between July and October. Some locals say that the largest catches are hooked on the late days of October, just as the season is about to end.

Just note that Bluefin fishing in Prince Edward Island is highly regulated. Charter fishing is strictly catch-and-release, and the captains are only allowed one commercial tag for every season.

Aside from that, there are very specific rules when it comes to equipment options. Only four fishing rod lines are allowed per vessel, and one hook on each rod. Also, they only allow 60 minutes of fight time, and you’ll have to release the tuna after that.

While you’re in Canada, you can also try joining a fishing charter in Nova Scotia. Giant Bluefin tunas are part of the tourism here, so expect a lot of anglers during the peak season. This is a neighboring province of Prince Edward Island where dozens of fishing charters await.

Like PEI, there are strict regulations on the length of fight time, the number of fishes, and equipment a charter can bring.

The best time to catch tuna in Nova Scotia is from July to December, when the fishes migrate and congregate in the North Atlantic. Nevertheless, August to October is considered to be the peak season.

However, charter prices shoot up during peak season. If you plan to fish tuna here, you should book as early as possible.

Do you want to catch a big cow tuna? If so, you should sail away to Revillagigedo Islands. This is a small archipelago consisting of four volcanic islands. It graces the waters of the Pacific Ocean, so there’s no doubt that large Yellowfins await here.

Recent studies indicate that Yellowfins don’t leave the area for migration. Many remain, which is why the place is very productive for anglers.

Tuna fishing drives tourism in these far-flung areas. Boats are the only way to reach the site, and the islands are uninhabited. It’s also 500 miles off Cabo San Lucas, so it’s seriously distant and suitable for overnight fishing.

If you’re new to tuna fishing, these tips will help:

Q: Is it illegal to catch Bluefin tuna?

A: In general, it’s not illegal to catch Bluefin tuna, but there are strict rules on how you can do so. Based on the International Atlantic Tunas Convention Act, only rod and reel, harpoon, and hand-line fishing are allowed. This prevents overfishing so that the Bluefin tunas won’t go endangered, or worse, extinct.

Q: Why is Bluefin tuna so expensive?

A: Bluefin tuna is pricey due to the limited supply. There are many Bluefin tunas in the ocean, but catching them is highly regulated. This drives what The Atlantic called ‘sushinomics’ to consider Bluefin as a prized fish.

Q: How long will it take to reel in a Bluefin tuna?

A: On average, a skilled angler can reel in a Bluefin for over two hours. However, a teenager named Devin Zelck reeled in a 700-pound Bluefin for 10 hours. It dragged their boat 8 miles from its anchor before the fish finally gave in.

Q: How do you identify a Bluefin tuna?

A: Bluefin tunas have a pectoral fin that doesn’t go past where the second dorsal fin starts. Also, you should look for the silver underside, where you can find uneven lines and white dots. The tail fin is usually the biggest determiner with its dark blue color.

Q: How much is Bluefin tuna worth per pound?

A: Bluefin tuna sells for around $20 to $40 per pound for a top-quality catch. This would be more expensive on fine dining restaurants. On the lower price range, poor quality bluefins will sell at $6 to $12 per pound. For commercial fishermen, that’s not too shabby, especially if you get to hook a 500-pounder.

Knowing where to catch Bluefin tuna is one thing, but knowing how to catch them is another story. Once you’ve found the right place, the next step is to prepare for the fishing day. Gear up and stretch your muscles because the biggest tuna in the water won’t give in without a fight! 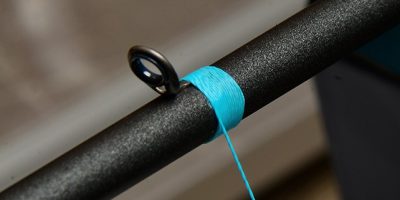 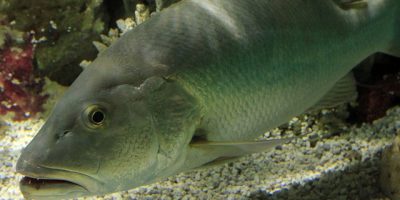