Most fishers love to fetch Sunfishes. But are you sure that you are holding a Sunfish? There are many confusions between a Sunfish and a Crappie. They have almost the same physical characteristics, but if you collate all the things you need to look for, this may answer your doubts thoroughly.

In this blog, we will examine all the features of Sunfish and Crappie to help you distinguish them from each other. Knowing these features, like their colors, fins, spikes, and origin, is essential to help you ensure that you got the correct species. So keep on reading this blog, and don’t forget to share your fishing stories in the comment section.

The fresh Sunfish is definitely one of the world’s more unusual-looking fish with a flattened body, a shortened body, and of course, its long dorsal and anal fins, which are aligned with each other at the back of its body. They are most often sighted at the surface of temperate and tropical seas worldwide, swimming on their sides, so that maximum surface area is facing the sun seeing, as they like warm water. This behavior is most likely to warm up before diving deeper and, therefore, colder water where they find food. Also, because of this, increased sightings of Sunfish basking in colder oceans is evidence of the seas getting warmer.

Because of their basking at the surface, they can sometimes be hazardous to people on boats as collisions with them can cause damage to ships’ hulls or propellers. This is, of course, accountable for the fact that they are so big and heavy. In fact, they are the heaviest species of bony fish on the planet. Size-wise, they can grow up to the most part of four meters long. And including with the vertically aligned fins, their height should be similar to their length.

On the contrary, they are incredibly docile and pose no threat to swimmers and divers. Because of this, it is surprisingly knowing the fact that they are actually predatory fish. They mainly feed on slow swimming animals like small fish and jellyfish, often hunting at depths of sub 200 meters. However, they are also preyed on by larger predators such as sharks, killer whales, and even sea lions.

When it comes to reproducing, female Sunfish produce the most eggs of any bony fish, releasing up to a hundred million at a time into the open ocean. Young Sunfish look like porcupine fish as they are round and covered in those iconic spines which are lost as they mature to adulthood. They are, in fact, related to porcupine fish, and they both share the trait of having no scales. Instead, their skin is thick and leathery. Also, some fish usually swim alone and are never really sighted in groups of more than two. So, these fish are able to make loud grating sounds with certain specialized teeth in their throat, which can help them find mates in the open sea.

There are currently 13 recognized species of Lepomids, and this number may change as this genus is constantly going through dynamic, systematic, and taxonomic changes, especially if we harness new DNA technologies.

Lepomids are most often called sunfishes. This genus belongs to the family of Centrarchidae, which is also commonly called sunfishes, hence why this particular genus Lepomis is better called common Sunfish. The family of sunfishes contains many familiar species to anglers, including the black basses and the crappies.

Lepomids are native only to North America, but they have been introduced to other places, including Europe, parts of Asia, and South Africa. The pumpkinseed is now quite prevalent in many European countries. Common sunfishes live in freshwater, not in saltwater, although occasionally found in brackish waters.

Also, most species of black basses have a dark lateral band running along the body, a feature not present on any lepomid. This species has a conspicuous opercular flap or ear flap on the back of the head. Most species of lepomids have color on this opercular flap. Keep in mind that on any larval forms or even still on some juveniles, the opercular flap is likely not visible or well-developed with color.

This is better to look at on mature or semi-mature specimens. Finally, look at the caudal fin, or the tail fin. It will be slightly indented on all lepomids, where it can also be called emarginated or shallowly forked.

Crappies are a type of deep-bodied fish that’s also coveted by sport fishers and is famous as a source of food. The eastern regions of the United States and also in Canada are thought to be home to this species. Crappie habitats now exist in all 48 states as a result of extensive transplanting, causing them to be a very popular game fish in North America.

The average length of black Crappie is 10.8 inches, with a max length of 19.3 inches, as documented. They can, however, grow to be around 12 inches long and weigh up to 2 kilograms. The color of Crappie is one method to tell if you are holding genuine Crappie. White Crappie has consistent black lines all along down their bodies, but Black crappies possess uneven dark spots all over their bodies. If the patterns aren’t clear or if you’re just uncertain, look for the dorsal fins on this Crappie.

The dorsal fin typically stretches of the fish’s body is made up of a series of webbed spikes that are connected by a soft fan. These spines are easy to recognize and feel like pins at the points. The Crappie’s dorsal fin contains sharp, rigid spines at the front and thinner fin rays towards the rear. The Black Crappie has at least seven dorsal fin spines, whereas the White Crappie has five. The ctenoid fish scales and spinous rays are present in advanced teleosts like white crappies.

From May to June, crappies breed and reproduce. The male Crappie will build a concave nest on the superficial water surface at this period. There may be up to 60,000 eggs that will then be laid by the female Crappie. It takes up to a week for the eggs to hatch. If the number of crappies is not regulated, they will soon overcrowd small rivers and streams. In addition, when the water temperature rises over 60 degrees in the springtime, the Crappie may start to spawn. In regions of murky areas, generally approximately 2 feet deep, with habitats such as weeds, waterlogged wood, or bushes and close proximity to greater depths, Crappies usually spawn.

Visual sensations and vibrations are the basis of black crappies’ sense touchpoints. The species’ adults have an excellent scotopic vision, which allows them to forage even in low-light conditions. The medial lines of the black Crappie enable them to understand vibrations in their surroundings in addition to the visual sense. These crappies are mostly hunters at night. Their feeding time is usually between the hours of darkness up to early morning. Insects, tiny fish, prawns, and amphipods are all staple foods in the diet of black Crappie. On the other hand, young Crappie relies on small crustaceans and algae for sustenance. Depending on conditions such as resource limitation, water, ecology, temperature, and availability of food, their feeding habitat varies.

HOW TO FISH FOR CRAPPIE

Small jigs are the most excellent crappie lures that you can use. Keep in mind that the hook must be the proper size if you’re using live bait because the fish will jump off if it becomes too small. Also, the Crappie will be unable to chomp it if it is too huge. Hook the minnows just below its pectoral fins and toss it out as bait. Test different line depths until you get a strong bite. Crappie is popular during ice fishing since they are restless in the winter. They can also be seen near the bank throughout the spring. Using old branches and logs, make a crappie bed that will be an excellent spot for the fish.

Fishing is a clever idea, especially if you want to do something that is very rewarding. Sunfishes and Crappies are cute species that are similar to each other. But remember that the remarkable ability to fish starts from having the best lure. You must also be a good spotter, so don’t go to a shallow spot without researching. It is also vital what season you must go for a fish because there are fishes who are active during summer, and there are fishes who are out during the full moon. So plan carefully before getting your rod and bait. 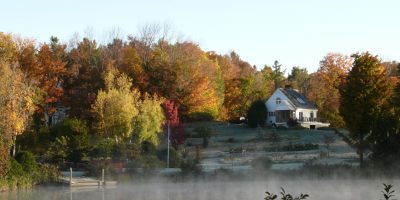