There’s a lot to look at while choosing your fishing gear. One of the key things to remember is whether or not you’re fishing in saltwater or freshwater. Can you use freshwater reels in saltwater? Find out the answer in this article!

Yeah, various rods and reels are designed for the two different forms of water that you should be careful about handling. However, some thought of swapping two kinds of reels to save money! Why did a lot of people think, “Can you use freshwater reels in saltwater? Read on to see the variations between the freshwater and the saltwater reels and see if they can be exchanged.

Before we start using freshwater reels in saltwater, what’s the biggest difference with the saltwater reels? There are reasons why you should not exchange them.

Saltwater reels are typically from corrosion-resistant material such as stainless steel, which often has sturdy body frames. This decreases the chances of major damage to its inner parts. Freshwater reels do not have this kind of safety, as fresh water is not as corrosive as saltwater.

Finally, saltwater reels are more costly because they are from better-quality materials. Healthy freshwater reels will cost half the quality of saltwater spinning reels!

That is why you can only use them in freshwater, although its saltwater equivalents are best used in saltwater.

Can You Use Freshwater Reels In Saltwater: Yes Or No

Some anglers will use their freshwater reel in saltwater to save time by changing reels or money by purchasing a saltwater reel. But is it safe to do that?

The short response is no, do not use your freshwater reel in saltwater! It is possible that you can use whatever rod and reel you want in any kind of water, but we strongly advise against it.

Freshwater rods and reels can only be used in freshwater if you want it to operate well for a long time to come. Although they are good reels, they can only last in freshwater because of their construction.

Typically, the reels are made of simple metals, which corrode slowly over time, but not as easily as you use only freshwater. When used in saltwater, they would corrode much faster if you did not add any kind of sealant. But even then, they’re still more prone to damage, and they’re going to wear out faster than expected, so you’ll need a replacement.

Besides this, a freshwater reel typically doesn’t have the size to accommodate larger fish species that you usually find in saltwater and oceans. This will adversely affect your chances of success when you fish for particular species that need heavier lines and lures to capture.

That’s a massive waste of money right there because instead of buying a separate saltwater reel, you’ll need to swap your freshwater reel! This is particularly true of anglers who have paid a lot of money for their freshwater spinning reel.

What about the use of a saltwater reel in freshwater? Yeah, you can use it in freshwater because it has a better construction to withstand the causes of saltwater corrosion. Its parts are hard and can prevent saltwater from accessing its systems, making them ideal for different fishing situations.

In addition, saltwater reels can also have extra special sealants that keep water away from metals and prolong their lifetime. But because of its heavier-duty structure, it might not be the best for freshwater, as you’re going to have to handle heavier lines and lures. That’s not exactly what you want or need when you’re fishing in freshwater.

Can You Use Freshwater Reels In Saltwater: The Main Differences

Different manufacturers use different designs and materials in their reels, but most of the saltwater reels have a few main features that help them with their resistance to saltwater. Some of the most popular ones include:

Freshwater reels are from a variety of simple metals that work fine in a freshwater environment. They’re inevitably going to corrode, but you’re probably going to buy a new reel well before it’s an issue.

However, saltwater will corrode most of these metals in a very short time, so most saltwater rods are made from special alloys that will not corrode as easily as possible.

In other situations, saltwater reels are from materials that are susceptible to corrosion, but they use a protective coating that helps them withstand contact with saltwater.

Some freshwater reels have sealed components, but they are a common issue for most high-quality saltwater reels. Sealed components – including bearings, gearboxes, and drag systems, among others – are not as vulnerable to saltwater-induced corrosion.

The seals used act basically as gaskets and prevent the saltwater from touching the inner components where it can cause corrosion and wash away the lubricating grease.

Saltwater reels are typically for heavier lines, tackle, and fish than freshwater reels. Apparently, there is a crossover between the two different reels’ styles, as you will possibly use the same reel, line, and lure to capture a musk or a barracuda.

But you’re not going to meet a lot of saltwater anglers using 4-pound test lines and 1/8-pound lures, or you’re going to find a lot of people using 80-pound test lines, 2-pound sinkers, and foot-long lures in the local farm pond.

The various components and design techniques used in the development of saltwater reels frequently cost much more than comparable freshwater reels.

This reality causes a lot of fledgling saltwater anglers to try to get by with a freshwater reel, but while this will initially save you money, you’ll only have to pay for the piper later, until your freshwater reel fails.

Conversely, if you’re investing in a saltwater reel, you’re far more likely to be using it for years to come.

There are also variations with regard to the types of reels most widely used by saltwater and freshwater fishermen.

Freshwater anglers usually use spinning, spinning, or baitcasting reels, regardless of where they fish on the lake or river. Saltwater anglers, on the other hand, use various types of reels for fishing in different conditions.

Some also use trolling reels, which are built for fishing far from the boat, in very deep waters.

Can You Use Freshwater Reels In Saltwater: If You’re Planning To Use It

With this in mind, it’s always possible to use the reel in saltwater if it’s only a temporary matter. You may use them for fishing from land-based structures like a port, a fishing pier, or a bridge. This is because it’s not going to be as exposed to saltwater and used for a limited period.

But if you’re planning on wade-fishing, kayaking, or surf-fishing, the chances are that they’ll get saltwater, easily ruining it. The same goes for those who bought top-of-the-line freshwater reels. It’s better to have a saltwater reel than to risk damage to your costly freshwater reel!

Invest as much as possible in separate reels made for its particular type of water, fish size, and technique. It’s going to save you a lot in the long run.

For those who are planning to fish for saltwater with freshwater reels, be sure to take good care of your reels. Do not expose to saltwater and wash your reels immediately after use, particularly when used regularly in saltwater. Add the sealant, oil, and grease as needed, which can help with its efficiency and lifetime.

What If You Just Rinse The Freshwater Reel In The Saltwater After Using It?

Shortly after discovering that saltwater can kill the freshwater reel’s delicate inner workings, many budget-minded anglers have an obvious follow-up question: can I just rinse off, clean the reel or maintain the reel after using it to a sideways corrosion problem?

To be clear, you should always rinse any reel with a gentle stream of cold freshwater if you use a reel near saltwater. This includes reels engineered to withstand the corrosive effects of saltwater, as well as those not constructed to do so.

However, as freshwater reels typically lack the sealed bearings, gearboxes, and drag systems that saltwater reels have, the harm is almost assured.

Saltwater will begin to eat the fragile components of an unsealed reel when you’re still dragging lures through the water, and you’ll never be able to get every little bit of saltwater out of the reel – no matter how well you rinse it.

Rinse a freshwater reel after an afternoon of ocean fishing will definitely help, but you’re just prolonging the inevitable. Do you want to take the risk of losing a once-in-a-lifetime fish because your reel falls apart?

As you can see, there are a few small but significant variations between freshwater and saltwater reels. And while there is no law that prohibits you from using either fresh or saltwater fish, you’ll be much better served by setting up two different rigs. Not only can you appreciate superior results in this way, but you’ll also even save more money in the long run. 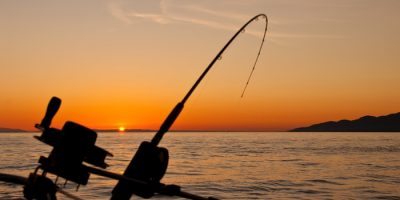 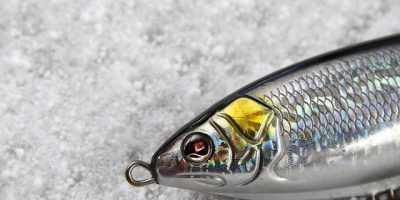