Northern Pikes are exciting game fishes to catch. They are speedy and one of the largest freshwater game fishes in Northern America. This is why catching one is a very rewarding experience. Aside from that, Pikes also love slamming on baits, both dead or live, making them a great choice for beginners who want a boost of confidence. But to make your angling more enjoyable, you should look for the lakes that offer the best Northern Pike fishing in United States. The following are 10 of my favorite lakes across the country that you can also visit.

Lake Mendota is so far the best place I’ve visited because it’s stocked with lots of pikes. The lake itself is surrounded by agricultural land, which gives it a laidback vibe. Overall, this lake has a water surface of 9,842 acres and a maximum depth of 82 feet.

However, you should note that there are strict bag limits on Lake Mendota. For pikes, the minimum length is 40 inches, and the daily bag limit is just one fish.

Also, there’s only a Northern Pike season here, which falls from the first week of May to March. If you’re planning to visit outside of those months, you can fish for other species instead.

Lake Mendota is located in the northernmost part of Madison, Wisconsin. Its waters move slowly, which is perfect for kayak fishing.

If you’re in Minnesota, you should visit the Upper Red Lake. It’s located in Beltrami County and is considered one of the largest inland lakes in the state. However, this lake is suitable for experienced anglers as Upper Red Lake has been the site of many fishing tragedies in the past.

Also, there’s a slot limit here if you’re going for a non-tribal fishing trip. The locals do this to protect the fishery and to prevent anglers from abusing the area.

Open-water fishing opens here during mid-May and up to June, where many anglers flock. As for bag limits, only Northern Pikes that are over 40 inches can be possessed. Also, the bag limit is three pikes a day during the open season. Also, anglers are advised to stay within specific coordinates to ensure that they are within the state waters.

If you’re planning a big trip to Alaska, you might as well add the Yukon River to your itinerary. This river is the third-longest in North America. It traverses through British Columbia, Alaska, and Canada. Only the lower half is under the jurisdiction of Alaska.

As a giant river, it can be intimidating to fish in Yukon. However, its size is also what makes it attractive to pikes. You can find pikes that are over 48 inches long here, which is larger than anything you can catch on other lakes in the contiguous United States.

As for bag limits, Yukon River authorities allow up to 10 Northern Pikes per day with no size limit. It’s great news if you want to bring home a big catch. So far, it’s one of the most lenient bag limits I’ve ever experienced.

The Iowa Great Lakes is composed of seven lakes, namely the West Okoboji, East Okoboji, Spirit Lake, Upper Gar, Lower Gar, Silver Lake, and Minnewashta. The biggest of these lakes is the Spirit Lake, but all of the waters are suitable for Northern Pike fishing.

The Great Lakes are popular with many anglers in and out of Iowa. It’s home to more than 40 fish species, but one that’s often overlooked is pike. So far, the biggest record is 25 pounds, which was caught in West Okoboji Lake.

Early spring is the best time to fish here because the fishes are active, and they tend to move to shallow waters. Authorities estimate that there are over 10,000 adult pikes in the Spirit Lake alone.

As for bag limits, the authorities allow possession of pikes of at least 35 inches long and maximum of 6 a day.

Burt Lake is located in Cheboygan County with over 17,120 acres of water surface. Aside from being an ideal boating lake, it’s also popular as a pike haven. The Burt Lake is 73 feet deep at a maximum, which is a perfect harborage for game fishes.

Aside from Northern Pike, Burt Lake is also teeming with trout, sturgeon, bass, sunfish, crappie, catfish, and muskie. If you want, you can also launch a boat for off-shore fishing.

Burt Lake is surrounded by marinas where you can rent a fishing boat. You can also bring your RV and rent a hookup here. It’s a pretty developed area with basic necessities that are easily accessible. There are restaurants, convenience stores, and tackle shops around. One bonus part here is the scenic view of Burt Lake, which is a perfect spot for family vacations.

Lake Pepin is a naturally occurring lake located on the Mississippi River. This is a large lake with over 24,000 acres of water surface teeming with Northern Pike, bluegill, and bass. It’s a favorite spot for anglers who want to go home with a big catch. Also, you will have access to a boat ramp here, in case you’re renting one.

Lake Pepin is open to fishing all-year-round, but spring is the best time to catch big pikes. This is also the time when fishing tournaments are held on the lake.

However, you should watch out for terns and seagulls that might be diving into the water. Most of the time, pikes will come feeding to the shallow parts of the water as summer nears. This is a good opportunity to hook a big catch.

Lake Onalaska is a reservoir on the Black River and Mississippi River. This runs through Minnesota and Wisconsin, so you should mind which shore you’re fishing at.

Lake Onalaska is over 8,000 acres big with a maximum depth of 40 feet. Although it’s not that large and deep, it’s home to lots of pikes, bass, and walleyes. However, some parts of the lake might be covered with lilies and hyacinths, which can be a bummer if you’re casting a line. Water clarity here is low, too, so you should practice first before aiming for pikes.

You should also check local regulations before fishing in Lake Onalaska to avoid any hassle.

Leech Lake is located in Cass County and is an unincorporated community in the Leek Lake Township. It has been developed to welcome tourists and families who want to spend some time close to nature.

Spring is the best time to fish for Northern Pike in Leech Lake. You will usually find these fishes on shallow and weedy bays together with perch and walleyes. The summer season also makes a good time to fish pike, but it’s not prolific as spring.

There are also tackle shops and resorts nearby that offer guided fishing. There are boat rentals, too, in case you want to go off-shore. Also, licenses are available at local gas stations, so you’re all set once you arrive at your preferred spot on the lake.

For those who are in Montana, the Fort Peck Lake isn’t one to miss. It’s a major reservoir that was formed from the Fort Peck Dam. Its waters are home to pikes, walleyes, salmons, perch, trouts, bass, and sturgeons.

The Northern Pikes were planted into the lake back in the 1950s and has grown big and populous over the years. You can easily catch 8 to 20-pound pikes here during the peak season.

The lake authorities also host fishing tournaments here, where you can join, but it’s usually walleye fishing. Before you go, make sure that you have a fishing license and that you have checked the lake rules.

For the experienced angler who’s looking to fight off a large pike, Devils Lake in North Dakota offers the best Northern Pike fishing in United States. It’s also a popular place for golfing and hunting. With more than 160,000 acres of water surface, Devil’s Lake is bound to put your angling skills to the test.

Devil’s Lake is named as such due to its fishes that are ‘monstrous’ in size. It also earned the title ‘Perch Capital of the World’ because many anglers are able to catch 2-pound perch here frequently.

If you’re a newbie, you can find a guide to help you out. You can also rent a boat for off-shore fishing from Eastbay Campground, Lakeview Lodge, Spirit Lake Marina, and Woodland Resort.

Northern Pikes are predatory fishes, so they are easy to lure with almost any bait. But for higher success rates, I recommend the following tips:

If you want to experience the best Northern Pike fishing in United States, you should consider the 10 places I listed here. Each one has a different topography and fish population, which makes each trip exciting.

Have you been to any of these places before? Let me know below! 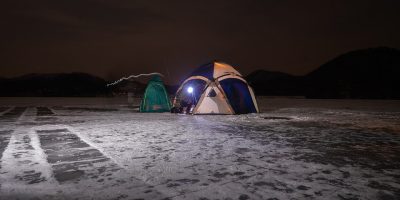 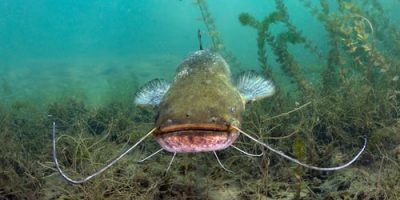