The largest of the grouper tribe, the goliath, had brown or yellow mottling in the head and in the fins with small black dots. It also has a large mouth with jawbones, and a long tail. There are also five mysterious bands or streaks most noticeable on young goliaths. They are lovely species, but the question is, are goliath grouper good to eat?

Goliath grouper is the most massive grouper in the Pacific. The giant can reach 800 pounds (455 kg) and a length of more than 8 feet (2 meters). The Florida record is a goliath grouper of 680 pounds that was captured from Fernandina Beach in 1961. By at least the late 1800s, the population has been operating both commercially and recreationally. This affected whether are goliath grouper good to eat it or not.

Several factors led to the extinction of the goliath grouper. It includes decreases in young populations, high site commitment, and long-term life. Goliaths form large aggregations, which often occur in areas where fishers gather. Goliath is also vulnerable to significant deaths, such as freezing weather and the red tide spawning.

Adult goliaths are usually solitary, sedentary, and territorial while they are not feeding and spawning. The goliath grouper is defeated by barracuda, king mackerel, and moray eels and hammerhead sharks before it reaches full-size. When thoroughly grown, humans and massive sharks are the only predators of the goliath grouper.

Are Goliath Grouper Good To Eat: Why The Answer Is No

The goliath grouper was historically relatively common and highly noticeable in parts of its range. They are a fairly shallow-water species with tropical to the subtropical range. You can find Goliath groupers in the Gulf of Mexico and the Caribbean Sea, Florida, and Brazil.

It existed in the eastern Atlantic from Senegal south to the Congo. Still, it is assumed that this population has been eradicated as no individuals have been seen there for several years. A related population also lives in the Caribbean, but new molecular studies have found that it is a separate species.

While the goliath grouper was once quite abundant, it was found vulnerable to fishing pressure. Owing to substantial abundance decreases in the 1960s and 1980s, Goliath groupers’ production in US waters in 1990 was banned.

Since then, the species has been protected in Brazil (2002), Puerto Rico (2004), and the United States. Virgin Islands (2004), but in other parts of its territory, fishing continues.

Over the last two decades, biodiversity seems to improve over Florida. It happened after the allocation of endangered species status, but the extent of the rebound is not well known.

Historical excess knowledge is minimal and not reliable. Also, information on the expected rise in abundance is limited. The degree to which the species has returned across its geographical range can not be recognized by fisheries management.

Anglers and spearfishing enthusiasts generally believe that large and plentiful goliath groups consume other groupers and snappers and that the number of the fish they fish is pursuing decreased significantly.

The fact that goliath groupers get occasionally exposed to crooked or speared fish reinforces this perception. Many fishermen report that an aggressive goliath grouper may make landing a fish nearly impossible.

In serious situations, fishermen denounce that these practices will make it challenging to fish an area with any possibility of taking coral fish in proper proportions or even under-size to the shore.

Recreational divers voiced fear for human health. It happened as goliath groupers repeatedly exposed to injured or dead fish may be aggressive and in serious situations, can threaten speed fish divers.

Some anglers and divers are worried that the endangered status of the goliath grouper has contributed to levels of abundance that do not represent a compromise between natural habitats. They think that any harvest is necessary to create a more sustainable equilibrium.

Are Goliath Grouper Good To Eat: The Right Thing To Do

Are goliath grouper good to eat? No. You should practice catch and release methods when you encounter them.

Anglers claim that Goliath grouper is the most popular gamefish in some areas. And as they are illegal to keep, not many people want to tug up a five hundred pound fish for an hour to release it.

Goliath groupers are relatively long-lasting and at least 37 years old at a maximum known age. However, some scientists estimate that these fish can live for 50 or even 100 years. Reproductive maturity happens for the first time in fish aged 5 or 6 (about 36 inches long) because of their slow growth rate.

Males grow older than females at a smaller size (about 42 inches) and are slightly younger. Females produce at age 6-7 with a lifespan of 47-53 inches. In the eastern Gulf, goliath groupers are known to form groups of 100 or more individuals. Such communities appear in July, August, and September at predictable locations such as wrecks, cliff ledges, and small patch reefs.

Studies have shown that fish can migrate to these spawning sites by up to 100 km from shore reefs. Presumed courtly behavior was observed in Southwest Florida during the full moons of August and September.

Exercise efficient methods of catch-and-release when you fish for goliath groupers. Big grouper of goliaths will not be taken on board. Without any injury, their structural system can not adequately bear their weight out of the water.

Any efforts to cut the hook next to the boat with the fish in the water will be made to prevent fish injury. Provide a breathing tool and a de-hooking device at hand. Removing smaller goliath groupers from the water for hook removal isn’t necessarily bad, but this process should be done with proper fish handling techniques as quickly as possible.

Harvest and ownership of all state and federal waters off Florida have been banned since 1990, which means that goliath grouper are not good to eat.

It must be returned instantly home, alive, and unharmed to the surface.

Photographs should only be taken after the successful release process. Photographs or other activities, for example, fish measurement, should not in any way delay release.

Removal of smaller goliath muggers from the water to extract hooks is not inherently a bad idea. This procedure has to be done with caution and correct fish handling techniques.

The large number, sluggish development, low breeding rate and spawning behavior made the goliath grouper especially vulnerable to overfishing. The goliath grouper is completely protected against harvest and is recognized by the World Conservation Union (IUCN) as a critically endangered species.

Therefore, the IUCN states that a decline of at least 80 percent over the previous 10 to three years was “observed, estimated, inferred or suspected.”

Within U.S. oceans, the taking of this species is banned since 1990, and in the Caribbean since 1993, the species has been protected. The historical exploitation of annual spawning sites by goliath grouper has significantly reduced the number of reproductive adults.

Since goliath groupers grow slowly and take several years to maturity, the recovery is expected to be slow for this species.

The goliath grouper is found from Florida north to Brazil in the Central Atlantic Ocean, including the Gulf of Mexico and the Caribbean Sea. Although uncommon on the Canary Islands, this is also present in the Eastern Pacific, from Senegal to the Congo. The species is found from the Gulf of California to Peru in the eastern Pacific Ocean as well.

Once in deeper water, the goliath grouper prefers areas of gravel, coral and mud, to depths of 150 feet (46 m). Strikingly modeled youths occupy mangroves and brackish estuaries, especially close to oyster bars. One of the few groupers in the brackish waters is the goliath grouper. This fish is, by nature, solitary, with adults in limited households.

This is territorially located in the vicinity of sanctuary sites. It includes places such as caves, wrecks, and ledges, with an open mouth and an attacking body.

Another warning may be issued in the capacity of the goliath grouper. It is to create a clearly audible sound from the swim bladder’s involuntary contraction. This echo travels vast distances beneath the sea and is used to locate other goliaths.

A living goliath grouper is more precious than a dead grouper. And the true profit for fishers and other Florida taxpayers rests here. Tourists come from all over the country and the world to swim with goliath. It is a big source, and not just for the diving industry, of tourist dollars for Florida.

Interestingly enough, the same characteristics that make goliath groupers particularly vulnerable to overfishing and extinction make them a perfect ecotourist attraction. They’re big, long-lived, and do not cause fear of divers’ safety.

Adaptation of the goliath grouper to feed on poisonous species could be a potential ally for combating such destructive invaders. It is also perhaps successfully preserve and rebuild the reef fishing communities of Florida. 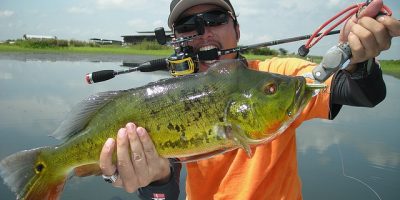 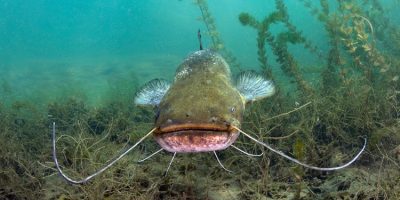